Showtime, Blumhouse, Skydance and Gamechanger line up for Content LA

At the present time we are planning that Content LA will take place on 15 May 2020, despite the short term travel restrictions introduced by the US government today. We are monitoring the situation on a daily basis and will refund delegates and sponsors should the event be cancelled, or if we are not able to move it to a new date that suits. Please contact [email protected] for more information and stand by for further updates.

Leading execs join the agenda for Content LA to discuss the changing creative and business landscape, and the opportunities, challenges and threats this holds for creators, producers, channels, platforms and distributors over the next 24 months. 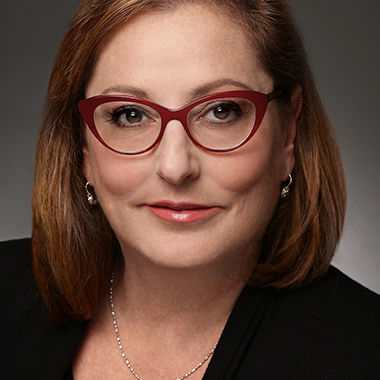 Marci Wiseman, co-president, Blumhouse Television
Wiseman is co-president of Blumhouse Television along with partner Jeremy Gold. Together they are leading the expansion of the Blumhouse brand beyond not only genre material, but also dark, provocative subject matter across a portfolio of scripted and unscripted content and streaming movies that includes award-winning and acclaimed Sharp Objects and The Loudest Voice, and upcoming The Good Lord Bird, A Wilderness of Error and an Amazon 8-film anthology. Since joining Blumhouse in 2016, Wiseman and Gold successfully relaunched Blumhouse Television as a vibrant independent studio with projects at various networks and streaming platforms. A long-time executive at AMC, Wiseman launched AMC Studios, whose first series was the mega-hit The Walking Dead and for which Wiseman orchestrated the unprecedented day-and-date global release of the series. As the sole executive responsible for building AMC’s highly successful distribution business, Wiseman brokered the cable group’s first exclusive SVOD deal as well subsequent SVOD and longterm distribution deals. Wiseman was EVP, global production and business affairs at eOne Television. From 2000-2010, Wiseman owned a consulting firm developing, designing and managing new business models for various clients. Wiseman previously ran business affairs at Pressman Films, was VP, business affairs on the feature side at Columbia (Sony) Pictures and served in the Riordan administration as assistant deputy mayor, economic development for Los Angeles. 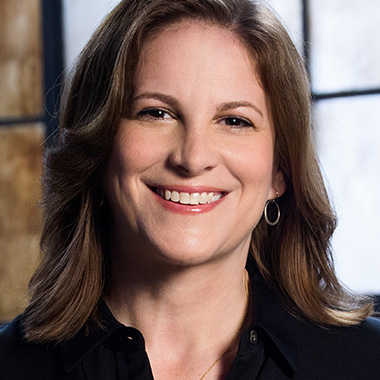 Dana Goldberg, chief creative officer, Skydance
Goldberg helps set and execute the company’s overall creative vision. She oversees Skydance’s film slate which includes Top: Gun Maverick, The Old Guard, The Tomorrow War and the upcoming seventh and eighth instalments of the Mission: Impossible series. Goldberg also helps oversee Skydance’s animated slate including the films Luck and Split (working title). Goldberg has creative oversight of Skydance Television’s slate which includes Grace and Frankie and Altered Carbon on Netflix, Tom Clancy’s Jack Ryan and Jack Reacher on Amazon, Condor on AT&T Audience Network and Foundation on Apple TV+. Goldberg joined Skydance in 2010 as president of production, and was responsible for the entire film slate, which has included 6 Underground, Mission: Impossible – Fallout, Rogue Nation and Ghost Protocol, Star Trek Into Darkness and Star Trek Beyond, and the Jack Reacher films. Prior to Skydance, Goldberg served as president of production at Village Roadshow Pictures and served as VP of production at Baltimore/Spring Creek Pictures before that. She is a member of the Academy of Motion Picture Arts and Sciences, the Producers Guild of America and the Television Academy. Goldberg holds a BA from the University of Missouri.

Effie T. Brown, CEO, Gamechanger
Gamechange launched in 2013 as the first film financing fund by and for women and now under Brown’s leadership includes projects by and about people of colour, LGBTQ+ and people with disabilities as well as its expansion into television and digital content. Brown is also an award-winning film, television, and digital producer known for her highly acclaimed, multi-platform repertoire as well as championing inclusion and diversity in Hollywood, both behind and in front of the camera. Brown has produced several critically acclaimed films and award-winning projects including Real Women Have Curves (directed by Patricia Cardosa), Dear White People (2015 Independent Spirit Awards Best First Screenplay), HBO’s Project Greenlight (Executive Produced by Matt Damon & Ben Affleck), among several others. Brown also served as an executive producer on Lee Daniels’ STAR on FOX and Disney Channel’s Zombies. Prior to Gamechanger, Brown founded Duly Noted Inc., a company dedicated to ground-breaking narratives that use genre to challenge and advance our culture in a disruptive way. Brown’s dream is to change the world through film and TV – celebrating our differences while bringing us all closer together.

Content LA takes place on 15 May at The Ebell of Los Angeles. This is a fantastic opportunity to hear from, meet and network with leading players from the domestic and international content business.

Further speakers to be announced shortly as well as information about speed networking at Content LA.

Reserve your place now for $240 by CLICKING HERE.