A+E Networks’ Elaine Frontain Bryant, WE tv’s Lauren Gellert, Smart Dog Media’s Craig Plestis and ITV Amercia’s David Eilenberg will explore what it takes to create an unscripted hit in the US at Content LA in May.

While drama continues to boom, SVODs are also injecting new energy into unscripted and several US cable networks are refocusing on reality and fresh ideas. We hear from leading producers and channels about what is making unscripted hot again and what is the success behind a hit show.

In this How to Create an Unscripted US Hit session we uncover the tips and tricks to get a show on air in the current climate. 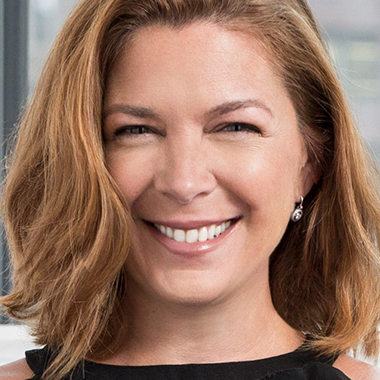 Elaine Frontain Bryant, executive vice president and head of programming A&E Network
Frontain Bryant manages the A&E programming team and is responsible for overseeing the development, creation and execution of all programming for the network. She is also charged with integrating new programming with digital initiatives and developing ways to expand the brand across multiple platforms.

Lauren Gellert, executive vice president, development & original programming, WE tv
Gellert is responsible for developing and producing brand-defining original series’ that drive viewership, build buzz and support the network’s overall business and revenue goals, as well as finding new unscripted originals that explore personalities and relationships fueled by purpose and passion. Gellert joined WE tv in 2012 and serves as the network’s executive in charge of production for all original series, working closely with outside production companies, creators and producers. Her vision and creativity are the fuel behind WE tv’s popular original programming slate, which are some of the most buzzed about shows in pop culture, including the Growing Up Hip Hop franchise, Braxton Family Values, Love After Lockup, Mama June: From Not to Hot, and the Marriage Boot Camp franchise.

Craig Plestis, president and CEO, Smart Dog Media
Plestis knows reality programming. He is an innovator and visionary who has been at the forefront of the category since its inception. He is the brains behind the #1 new show in America, The Masked Singer for Fox, which had the highest rated unscripted launch in 8 years and is the highest rated new show, regardless of genre. In addition, it is the #1 show on Fox and the network’s most streamed unscripted show ever.
As the former head of Reality at NBC, he helped create and launch hits such as America’s Got Talent; Deal or No Deal; The Biggest Loser; The Apprentice; The Singing Bee; 1 vs 100; Last Comic Standing; Nashville Star; The Chopping Block with Marco Pierre White; Dog Eat Dog; Fear Factor; The Contender; Grease, You’re The One That I Want; Thank God You’re Here; Three Wishes; and Treasure Hunters. He took chances on controversial and socially important shows such as Baby Borrowers and Who Do You Think You Are?, just to name a few. In addition, he was in charge of the perennially popular Golden Globe Awards.

David Eilenberg, chief creative officer, ITV America
Eilenberg is responsible for guiding the company’s creative strategy, leveraging intellectual property, and identifying and managing emerging cable, broadcast and digital platform growth opportunities across the group. He also works closely with ITV’s UK-based team to exploit a range of formats for US development and production.
Previously, Eilenberg was president of US production label ITV Entertainment (producer of three-time Emmy winner Queer Eye for Netflix), where since March 2016 he guided the company’s content creation, including development, programming and production across a range of genres (as CCO, he maintains creative oversight of ITV Entertainment).
Among the series Eilenberg spearheaded are FOX’s long-running Hell’s Kitchen (seasons 19 and 20 just announced) and The Four: Battle for Stardom, the Netflix reboot of the megahit Queer Eye, A&E’s The First 48 (now in season 14), The Job Interview (CNBC), Four Weddings (TLC), and the upcoming US edition of the hit international format Love Island (CBS), among others.