With an increasing amount of focus on the role of women in entertainment, we hear from mainstream leading media players about the challenge ahead, and the strategies they employ to build a more inclusive future. What are the key steps being taken and what is the impact of this both on and off screen?
PRODUCED IN ASSOCIATION WITH ALL3MEDIA INTERNATIONAL
Moderator:
Nina Lederman, exec Vice President of Programming and production, all3Media america
Speakers:
Jessica K Scott, Director, content development, Hulu
Constance Zimmer, Actor/director
Nena Rodrigue, Head of original programming, acquisitions and production, BBC America
Kayla Alpert, Producer and writer

RISE OF THE NEW SVODS
Scripted success across platforms

In this ‘fireside chat’ with Carmi Zlotnik, the president of programming for Starz reveals how he defines a hit on the premium service, the development of buzzworthy new series Vida and Starz’s strategy of developing other programming for underrepresented groups where authenticity and cultural specificity are crucial.
PRESENTED IN ASSOCIATION WITH HRTS
Moderator:
Melissa Grego, CEO, HRTS
Speakers:
Carmi Zlotnik, President of programming, Starz

What is on the development slates of the most progressive producers in the business including those who are now moving from film to TV, what are they bringing with them, and how will they alter the landscape? We hear from leading players about how they are creating a new style of high end drama and examine the strategies they are employing to ensure success.
Moderator:
David Jenkinson, Editor-in-chief & managing director, C21Media
Speakers:
Steven Adams, Partner and head of management division, Buffalo 8 Productions
Alon Aranya, Exec producer, writer, Paper Plane Productions
Zoe Rocha, Managing director, The Fyzz Facility TV
Jada Miranda, EVP, head of scripted television, STX television

FACT in FICTION
Even better than the real thing?

THE FUTURE OF NETFLIX’ INTERNATIONAL DRAMA

As Netflix continues its prolific roll-out of original series from around the world, we discuss the anatomy of a Netflix International hit and learn how more originals are being developed in new markets. Using case study examples from recent projects: Dark in Germany, The Rain in Denmark, 1983 from Poland, and fresh dramas out of India and Brazil, Erik Barmack explains what the platform looks for when backing new scritped series with international partners. What can we expect from Netflix International Originals in future and what is the platform aiming to achieve in the coming years? Taking best practice from the shows that have performed well, what can international drama producers learn about how best to develop with the platform in mind.
Moderator:
David Jenkinson, Editor-in-chief & managing director, C21Media
Speakers:
Erik Barmack, Vice president of international originals, Netflix

An inside look at the $32.8 million TV epic set in the fall of 1942, one year after Wolfgang Petersen’s 1981 movie ended. The German, French, and English-language series plays out on paycaster Sky in late-2018. Bavaria Fiction, Sky Deutschland, and Sonar Entertainment produced the eight-parter. The show tells dual stories: there is the journey of the U-boat, and the story of the Resistance movement in La Rochelle. The multilingual series was filmed in German, French and English. We speak to the driving forces behind the project.
Moderator:
Ed Waller, Editorial director, C21Media
Speakers:
Moritz Polter, Executive producer, international TV series, Bavaria Fiction
Marcus Ammon, Senior vice president, film and entertainment, Sky Deutschland
David Ellender, President, global distribution and coproductions, Sonar Entertainment
Tony Saint, Head writer

What is the commercial and creative mission for entertainment and related companies that have expanded offices to different locations? We catch up with four of the most progressive players to see how they are building new partnerships and providing fresh finance for drama development having built a US base.
PRODUCED IN ASSOCIATION WITH THE BRITISH FILM COMMISSION
Moderator:
Joseph Chianese, EP, Entertainment Partners Financial Solutions
Speakers:
Rebecca Segal, SVP, BSkyB
Thomas Benski, CEO, Pulse Films
Chris Hammond, Partner, film and TV group, Wiggin LLP
Matt Birch, Senior vice president and co-head, physical production, APA 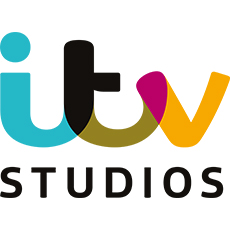 THE POWER OF IP
Revivals and Remakes Renaissance

BOLDLY GO
Fund It, Own It, Sell It.

An increasing number of drama creators are looking for new ways to tell their stories, finance their scripted series and source and maintain hold of their IP . From fresh partnerships with streamers, to crowd-funding and money from the international market there has never been a better time to create a new approach to funding scripted television. We hear from entrepreneurial showrunners and creatives about evolving models for funding drama through a variety of channels, including fan bases, before deciding where to sell the project on.
Moderator:
Ed Waller, Editorial director, C21Media
Speakers:
Marty Adelstein, CEO, Tomorrow Studios
Sean Furst, Co-president of TV and film, Skybound Entertainment
Rockne O’Bannon, Screenwriter, director, showrunner
Marc Scott Zicree, Writer, producer
Henrik Bastin, CEO, Fabrik Entertainment

Shining a light on two upcoming international dramas expected to have an impact on the world over the next 18 months and meet those responsible for developing them to find out more. Hear how they were created, packaged and developed, and what further opportunity there is for other partners to get involved.
Moderator: Jimmy Akingbola, Actor and co-founder, Triforce Creative Network

ULTRAVIOLET
Inspired by the book “The Skeleton Crew” by Deborah Halber, Ultraviolet follows 30-year-old Ola Serafin who is forced by circumstances to leave her husband and London and return to her hometown of Lodz (Poland). When a body lands on the hood of her car and the police investigation is sidelined, an amateur detective is born. She reaches out to an existing online community devoted to solving crimes, and discovers a kinship in a diverse and odd collection of sleuths. Through a mashup of hi-tech and lo-tech means, cases are solved and lives are changed. This crimefighting by crowdsourcing show is DIY CSI, where a scrappy search for justice gradually transforms ordinary people into powerful voices for the dead. Ultraviolet was produced by Opus Films and is an AXN Original Production. The series was shot in Poland, aired in local language, and was executive produced by veteran US producers Wendy West (Dexter, The Blacklist), who also created the series, and Barry Josephson (Bones, Turn).
Speakers:
Wendy West, Creator, executive producer, Ultraviolet
Barry Josephson, Executive producer, Ultraviolet

AMC has built an extraordinary reputation for rich, character-driven, tonally ambitious shows like Better Call Saul and Halt and Catch Fire, not to mention the shows that launched AMC; Mad Men and Breaking Bad. AMC is staying that course with new series Dietland, Lodge 49, The Terror and McMafia, but what else has the network’s president of original programming got up his sleeve?
Moderator:
Mike Schneider, Indie Wire
Speakers:
David Madden, President of original programming, AMC Studios

Entrepreneurial writers and showrunners – and the partners backing them – are bidding to create a new style of international drama. We hear from established and emerging writers about creating drama for the world market, and the new opportunities to own and control their work.
Moderator:
David Jenkinson, Editor-in-chief & managing director, C21Media
Speakers:
Yule Caise, Writer, director and producer
Ligiah Villalobos, Writer/producer
Simon Mirren, Writer/producer
Jamie Carmichael, CEO, Atlantic Nomad

As Latin America continues to define its place in the international scripted market, we take a closer look into how the region is opening up to reinforce itself as one of the world’s most dynamic production hubs. New channels and enhanced interest from OTT players are increasing opportunities for producers and attracting more international companies to the region.

We meet some of the key players at the heart of this and hear about why now is the time and what opportunities lie both within and from this growing creative hub for the international drama market.
Moderator:
Joseph Chianese, EP, Entertainment Partners Financial Solutions
Speakers:
Jessy Terrero, TV, film and music director, executive producer, Nicky Jam: El Ganador
Roberto Ríos, Corporate vice president, original production, HBO Latin America
Paulette Bensussen, Head of Electus Latino, Electus International